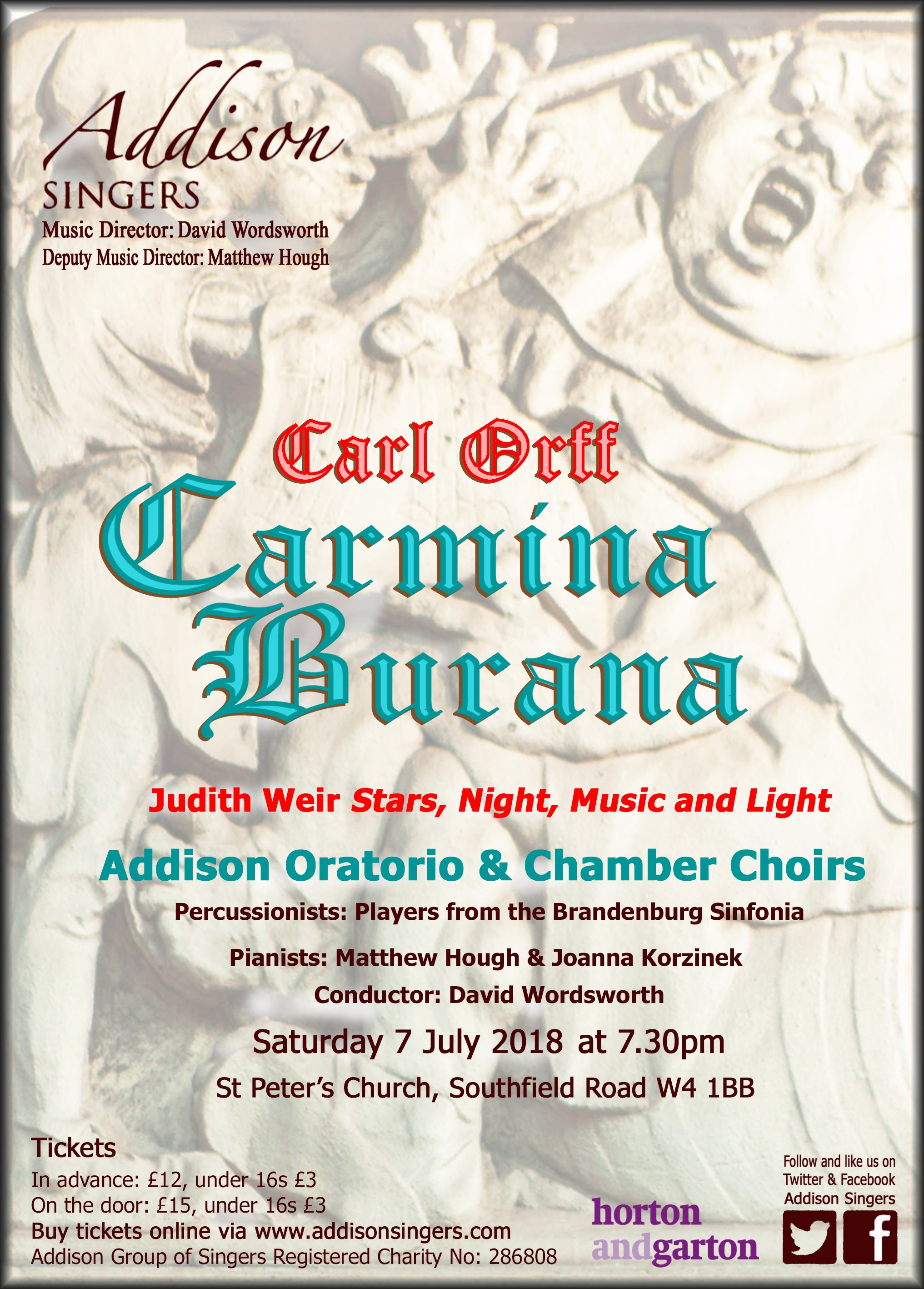 The Addison Oratorio & Chamber Choirs combine for their summer concert to perform one of the most popular choral works of the twentieth century – Carl Orff’s ‘Carmina Burana’. Described by the composer as a ‘scenic cantata’, the piece sets 24 medieval texts – in Latin, middle high German and Old French, that tell of the joys and perils of wine, women, song, gluttony, wealth, the fickleness of life and fortune, as well as the joy of nature and the circle of the seasons that culminates in the return of spring. Hugely rhythmically exciting (not least in the version sanctioned by the composer for two pianos and five percussion players to be heard in this concert), it promises to be a thrilling conclusion to the 17/18 season.

In addition the choirs continue their association with Master of the Queen’s Music, Judith Weir (who has been Featured Composer for the 17/18 season) and give the world premiere of a new version of the work she wrote the First Night of the Proms in 2011 – ‘Stars, Night, Music and Light’ – in an arrangement made by Music Director David Wordsworth for two pianos and percussion.

(*can only be bought together with an adult ticket):  £3

Book your tickets at We Got Tickets
http://www.wegottickets.com/f/11663
(booking fee applies)

See our website for more information about the choirs.