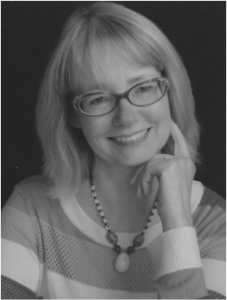 Cathy Bereznicki was a long-standing member of Addison Singers and a mainstay of the organisation.  Outside of the choir, she had a keen interest in education. Sadly, she died far too early and is much missed. Generously, Cathy left a bequest to Addison Singers and we felt it would be an apt and an affectionate memorial to use some of the bequest to fund a special bursary in Cathy’s name

The Addison Singers is a well-known group of choirs based in West London.  There are four choirs - two mixed voice auditioned groups: the Jazz Ensemble and the Chamber Choir - and two unauditioned groups: a ladies Jazz Choir, and a mixed voice Oratorio Choir now numbering around 120.  All the choirs perform regularly in West London, but also at Central London venues such as St Martin-in-the Fields, St Sepulchre’s, King’s Place, St Clement Danes, etc.  The Oratorio Choir make a biennial tour and have sung at important venues in Salzburg, Paris, New York, Krakow and Vienna.

All the choirs have a strong commitment to music of our own time and have worked with a great many composers on the performance of their music; most recently with Judith Weir, Howard Goodall, Morten Lauridsen, Stephen Montague, Gavin Bryars and Cecilia McDowall.

The Board of the Addison Singers wishes to appoint four choral scholars for up to three consecutive terms – one for each voice: soprano, alto, tenor, bass – whose duties will be as follows:-

In consideration of the above, Choral Scholars will be paid a one-off fee of £750.00 per year (£250 per term), will have free membership and will be provided with all music for rehearsals / concerts free of charge.

Applicants should ideally have some experience of singing as both a soloist and in choirs/vocal ensembles, have a high standard of sight-reading and a keen interest in encouraging amateur singers to achieve the highest possible standards.

Interested applicants should submit a CV to John Eade, Vice Chair, Classical Choirs, via the membership coordinator.  Shortlisted applicants will be invited for an interview.